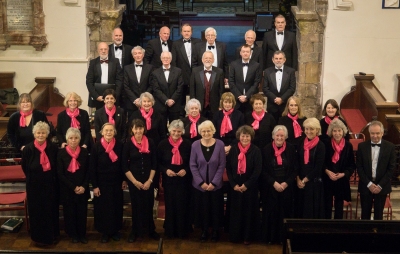 The Tan House Singers are an enthusiastic  band of amateur musicians who took their name from the house in Blaisdon where the first rehearsals were held in 1983. Over the years the choir has grown in stature and reputation, and has performed widely in Gloucestershire, elsewhere in England and in Europe.

The choir puts on at least two major concerts each year and supports local and international charities.

Janet Upton studied piano and flute at the Royal Academy of Music before launching into a teaching career. She has recently retired from Cheltenham Ladies’ College, where she was Assistant Director of Music, Head of Vocal Studies, and where she directed the College Choir. She has sung regularly with the Oriel Singers and the Cheltenham Bach Choir. In recent years, she has taken part as soprano soloist, in performances of Mozart’s Requiem, Mozart’s Coronation Mass, Faure’s Requiem, the Vivaldi ‘Gloria’ and Handel’s ‘Messiah’. She started directing the Tan House Singers in January 2011.

If you would like to receive our occasional newsletter with details of upcoming events and Early Bird booking offers,